The essence of good writing is precision and clarity, and the use of abbreviations seems an ideal way to ensure these essentials. Abbreviations, however, can take a variety of inconsistent forms in magazines and corporate literature, and few abbreviations have been standardised. This article looks at some of the ‘rules of abbreviation’.

Abbreviations are shortened forms of words or short words made up of groups of letters. Their purpose is to provide readily-understandable substitutes for clusters of words and so aid the reading effort.

However, there are very few abbreviations whose form has been standardised internationally.

The exceptions are the standard international metric abbreviations for thousand, thousandth and million which are respectively ‘k’, ‘m’ and ‘M’.

The ‘m’ for million is, however, usually written in lower-case when it is used in a non-metric context, eg, US$5m.

We read by moving our eyes from right to left across a line of letters which are broken up into groups called words. Lower-case letters are preferable because they are quicker and easier to read and do not interrupt the word-flow by making the eyes move up and down. Therefore, as a general rule, capitals should not be used unless there is a good reason to do so, eg, to show the beginning of a sentence.

Thus, measures such as kg, km and kph are nearly always in lower-case. When they are preceded by a figure, the modern practice is not to put a space between the figure and the abbreviation, eg, 10pm, 20kg, 45lb, 80kph, 50mph, and so on.

By common consensus, abbreviations of common phrases, such as ‘ie’ for ‘that is’, are also in lower case.

In modern written English there are no points (periods or full stops) between the letters (as used to be the case) because these are considered redundant as they do not add to the recognisability of the abbreviations. All readers instinctively understand what ‘ie’, ‘eg’, ‘viz’, and ‘etc’ stand for.

However these abbreviations are nearly always followed by a comma (which represents the natural pause when saying these phrases out loud), though the comma too could easily be considered redundant.

In most other cases abbreviations are nearly always capitalised – even where they refer to phrases or groups of related words that do not take initial capitals because they consist of common nouns, such as CAP for ‘common agricultural policy’, GDP for ‘gross domestic product’, and so on. The purpose of this capitalisation is to make the abbreviation more recognisable as such which, in these cases, outweighs the need to keep the flow of words as smooth as possible.

The plural of these abbreviations is always indicated by a lower-case ‘s’, eg, IOUs.

Abbreviations that are combinations of several words, each of which is abbreviated to more than one letter, are a mixture of capital and lower case letters. These mainly occur in academic titles. Each element of the combined abbreviation begins with a capital letter and lower-case is used for the other letters as in, for example, PhD, BComm, and BEng.

There is general agreement that ‘kilograms’ can be shortened to ‘kg’ and ‘kilometres’ to ‘km’, and that ‘mph’ and ‘kph’ stand for ‘miles per hour’ and ‘kilometres per hour’. However there is less agreement on the recognised abbreviations for other measures of distances and quantities.

Many publications have hectares, miles, and pages spelled out in full, though ‘ha’ (for hectares) and ‘m’ (for miles) seem to be widely acceptable. Note that the context in which the abbreviation ‘m’ appears will enable the reader to distinguish between ‘m’ for miles, ‘m’ for million and ‘m’ for one thousandth.

As regards ‘page’ and ‘pages’, especially in indicating page numbers, there is much confusion. In order to avoid unsightly points and keep all your abbreviations in tune with each other, stylistically speaking, it is perhaps better to write these words in full, eg, page 5, pages 5 to 15. However this writer sees no problem with, for example, p5 or pp5-15, which are entirely understandable.

There also seems to be no need for the points or periods between the initials of a person’s name, which can nowadays be considered totally redundant. ‘P D Kennedy’, for example, is just as understandable as ‘P.D. Kennedy’ and is also perhaps quicker to read.

However when the initials of a person are contained in a firm’s official name, it would be respectful to follow what that organisation does when it writes its name, eg, F.W. Woolworth. Note that when points are used after the initials there is no space between the first point and the next initial.

The abbreviations for most scientific units named after individuals, such as Gabriel Fahrenheit, Anders Celsius, and James Watt, usually take an initial capital (perhaps out of respect for their illustrious eponyms). Thus we have F, C and W for fahrenheit, centigrade and watt respectively.

However any attachments to these abbreviations denoting multiples go in lower case, unless the standard abbreviation for the attachment is in upper case. Thus we get kW for kilowatt (1,000 watts), and mW (one thousandth of a watt), but MW (one million watts) as ‘M’ is the internationally accepted standard for ‘million’ when used in the metric system.

The ampersand in abbreviations

The generally accepted practice is that the ampersand should be used in an abbreviation when it is part of the name of an organisation, eg, AT&T. Note the lack of spaces on either side of the ampersand.

It is also common practice to use the ampersand when a phrase consisting of common nouns (which would normally have lower-case initial letters) is abbreviated, as in R&D (research and development), S&L (savings and loans), etc.

The world of computers

In nerdsville there is little consensus as to how multiples of bytes should be abbreviated. Advertisers tend to favour GB for gigabytes, while editors most often use Gb in copy with however a lack of consistency even within the same publication. Some rules for geeks can be derived based on logic and generally accepted forms for abbreviations in other contexts.

As ‘byte’ is a common noun (there are plenty of them around), it should be abbreviated to a lower case ‘b’. However bytes are seldom mentioned without a prefixed multiple such as kilo for thousand, mega for million, giga for a billion, or exa for a billion giga, ie, a billion billion.

Thus the abbreviations for various multiples for bytes could be: kb, Mb, Gb and Eb, in all cases keeping the ‘b’ for byte lower-case as the general rule is: lower-case unless upper case is required. A lower-case ‘m’ for mega (which comes from the classical Greek megas meaning ‘huge’) would seem appropriate on the basis that the ‘m’ is derived from a classical language; however megabyte refers to a million bytes, and so the internationally accepted M for million in that metric system is usually preferred by editors.

Again, a lower-case ‘g’ for giga (which comes from the classical Greek gigas, a giant) would be well-chosen; however it seems that a capital ‘G’ is more internationally accepted, perhaps in imitation of the capital ‘M’ for mega. The same argument applies for ‘e’ for ‘exa’, though this has only come into use quite recently and there has been little usage of this abbreviation so far – Eb or an exabyte refers to 1018 bytes.

There seems to be a fair bit of international agreement on the abbreviations of the elements of matter, ie, the substances that cannot be resolved into simpler substances by chemical means.

Where individual elements are represented by a one-letter abbreviation, that letter is capitalized, eg, C for carbon; while different isotopes of an element are distinguished by raised prefixes, eg, 14C for carbon-14. If however the abbreviation for an element consists of two letters, the second letter is lower-case, eg, Pb for lead.

Abbreviations that can be pronounced are usually acronyms, ie, words formed from or based on the initial letters or syllables of other words, such as radar, NATO, UNESCO. These are not normally preceded by the definite article.

Other organisations, which cannot be pronounced as words, usually require the definite article, eg, the CIA, the BBC, and the UNHCR. The exception is commercial companies, eg, BHS (British Homes Stores), and CRH (Cement Roadstone Holdings).

Pronounceable abbreviations that are made up of bits of words should be written as proper nouns, ie, with an initial capital letter. Examples include Unicef, Mercosur, Frelimo, but there are hundreds of these in common use. Note that only the initial letter is capitalised – unless the word is a company name made up of several words, eg, ConsGold for Consolidated Gold, a mining company.

Most people need an explanation as to what an abbreviation stands for. Thus the first time an organisation is introduced in a piece of writing, the accepted practice is to write it out in full and insert the abbreviation in brackets after the full name; eg, European Network and Information Security Agency (ENISA).

However, if the name of the organisation is again used at the start of the next sentence or near enough to the name written out in full for the connection between them to be made by the reader, there seems no need to put the abbreviation in brackets after the full name. There is, of course, no need to give the abbreviation at all if the organisation is only mentioned once in the piece of writing.

The only exception generally allowed to this ‘introduction rule’ is where an abbreviation is so well known that it is used in common speech more often than the full name, eg, the CIA, FBI, BBC, and VOA. These and similar well-known abbreviations can be used the first time the organisation to which they refer is mentioned in a piece of writing.

Whatever form you choose for a particular rule, ask yourself these questions:

The best form for an abbreviation is the one that allows you to answer ‘yes’ without hesitation to both questions.

Once you have found that abbreviation, make sure to apply it consistently throughout the piece you are writing.

A short list of common abbreviations is attached to this article. These are the most acceptable or intelligible forms (in the writer’s opinion). If you disagree, please let me know by email to paulkpg@yahoo.ie.

When used with figures, there is no space between the figure and the abbreviation, eg, 5mph.

These are followed by a comma except when they are at the end of a sentence (which is only possible with ‘etc’).

About the writer: Paul D Kennedy (www.paul-kennedy.com) is a business consultant and writer with extensive experience in the Middle East. A short-story prize winner, he was the founding editor of Kuwait this month. His book Doing Business with Kuwait (Kogan Page, London, 1997 and 2004) is the definite guide to that country and is now available through www.kuwaitbusinessguide.com/. Arabic Tales for the young Hello and the curious (www.arabic-tales.com), Paul’s recreation of Arab folk myths, is available on Amazon. Paul D Kennedy has written highly persuasive copy in both print and electronic media for local and international clients. For an effective solution to your corporate writing challenges visit www.writingservices.eu.

This site uses Akismet to reduce spam. Learn how your comment data is processed. 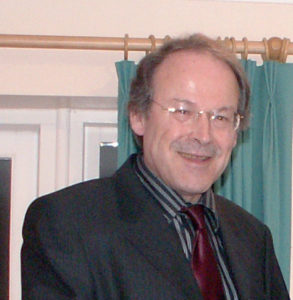